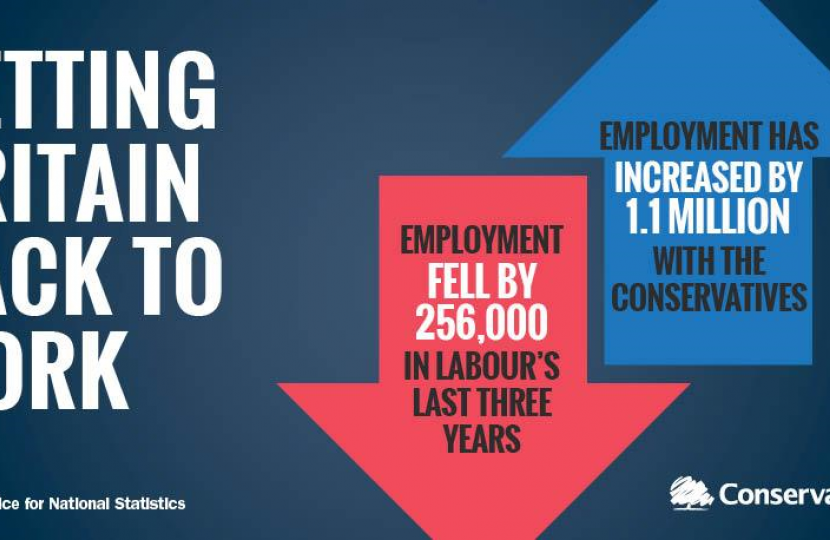 This weeks employment figures are the latest piece of encouraging news on the economy. The numbers of people in employment in the last quarter rose by 177,000.

There are now 1.1 million more people in work than there were in 2010 when Labour left office after their 13 year spending spree. In their last three years in power, the number of people in work actually fell by 256,000.

Youth unemployment also increased under Labour so this weeks figures are welcome news for them too. In the last quarter the number of young people in work jumped by 50,000 while the number on job seekers allowance fell by 13,000.

That's 17 months in a row that figure has fallen. Labour must never be trusted with the economy again. Not only did they spend all our money and left a national debt that climbs every day by £446 million, their predictions on what would happen if we followed our plans to cut the defict were miles out.

Ed Miliband predicted that over 1 million people would lose their jobs. We now know that the numbers of people in work actually went up by 1 million.

The plan is working.