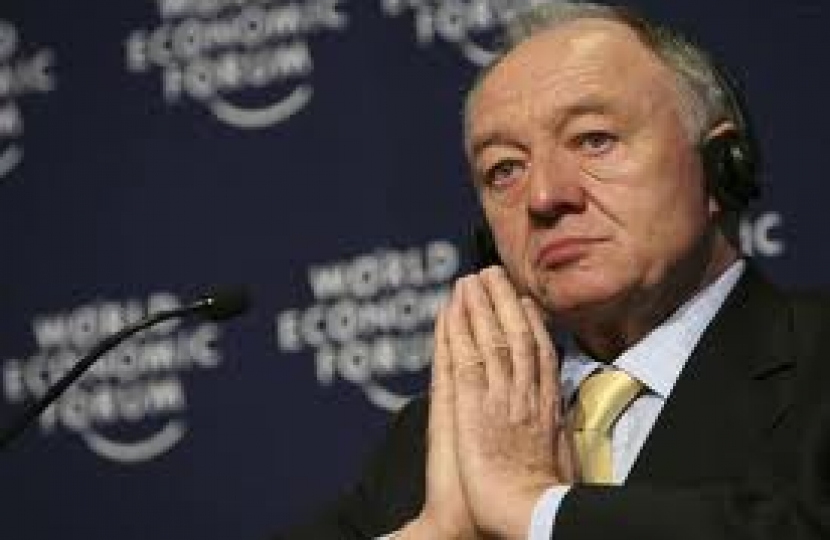 Everytime I go out canvasing for Boris in this Mayoral election, I meet Labour people who say they will Vote for Boris. Boris is a Likeable guy and he is doing a good job as Mayor.

That, though is not their only motivation. They genuinely cannot stand Ken Livingstone. He is the Labour candidate because they knew if they didn't pick him, he would stand as an independent.

They had no choice, and people do not like it when they are not given a choice. In 'Ealing, the Labour group spend all their time out canvasing, but not for Ken.

They have been dong a petition on Ealing Hospital. That is what they approach people with and in passing they ask if the person will support the Labour party in the Mayoral election.

They almost can't even mention his name. That might have something to do with the slating Ken gave Labour in Ealing in 2006 when we took over the council.

Ken was asked if he felt responsible in any way for them losing in Ealing. Some people blamed Kens tram. His answer was no, that Labour council was pretty useless, and he wasn't surprised to hear they lost.

Still, they don't criticise him, but a former Labour candidate by the name of Jonathon Roberts has found the courage to write the following. It's well worth a read

An open letter to Ken Livingstone

I write as a Labour party and trade union member. I have spent many evenings in dusty, cold community centres with left of centre colleagues arguing over the minutes of last month’s branch meetings. I have walked more miles than I care to remember on the Labour doorstep. I have stuffed so many envelopes that I feel as though I’ve single-handedly kept my postman in employment.

I do it because I believe Labour values can help people. But I am not, now, doing any of these things for you.

Your supporters will say I’m disloyal to the Labour Party, but don’t seem to mind you campaigning against our candidate in Tower Hamlets.

Your supporters cheered you when you called tax avoiders “rich bastards”, but they don’t seem to mind the £50,000 you have allegedly avoided yourself.

Your supporters criticise Boris Johnson as a “part time Mayor” for churning out a weekly article for the Telegraph, but they don’t seem to mind that you were an MP and a writer for the Independent during substantial parts of your own Mayoral tenure.

Your supporters sing about how you speak the truth, but don’t seem to mind how independent fact-checking organisations regularly describe your claims as “fiction”.

Your supporters were delighted when you announced you would reintroduce the EMA for London, giving hope to thousands of kids, but they don’t seem to mind that the Mayor has no power to reintroduce EMA at all. Nor do they seem to mind you making a promise you knew full well you would be unlikely to deliver on.

But do you know what Ken? I mind. I do. Your relentless cynicism and negativity is matched only by your hypocrisy. And I mind all three.

Some in our society are untouchable as a result of their past contributions. I willingly forgive Sir Paul McCartney’s dismal modern-day efforts because in his day he was a genius. Some afford you that same forgiveness because of your hugely positive past contributions in fighting fascism and homophobia. But you are not untouchable Ken. You are a politician seeking election, and the rules still apply to you.

London is one of the greatest cities in the world. And maybe I’m still too young and optimistic, or maybe I’ve just watched too much West Wing, but I want to be inspired. I want to believe. I want to walk into that voting booth and know “this guy is the real deal”. I don’t feel that with you. On May 3rd I will get on a tube and go to the office.

I’ll put in a decent day’s work and then go home in the evening. Whatever I do, I won’t be stopping off to vote. I won’t support any other candidate because they do not match my values. But I won’t be supporting you because yours don’t match them either. I love Labour, but more importantly I love London and my country. I do not think you are good for either.