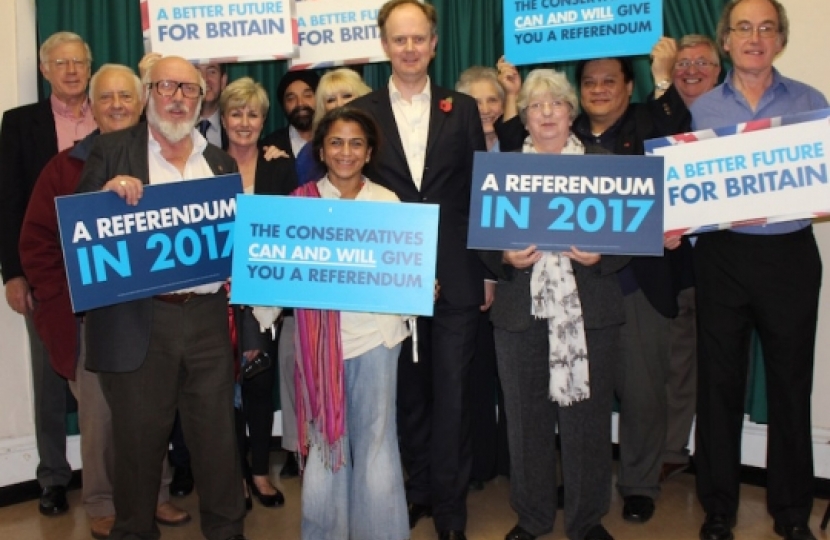 "The Conservative-led coalition has been good for Ealing North. Since 2010, unemployment in Ealing North has fallen by a third. Youth unemployment is down by 40 per cent in the last year alone; it remains too high but our apprenticeship programme is helping young people into lasting jobs - 660 young people from across the constituency will start apprenticeships this year. ‘Labour's policies would put the economy at risk. Every vote for Steve Pound puts Ed Milliband closer to Downing Street.

"We need a strong economy to pay for public services like education and health. The Conservative-led coalition has delivered more NHS doctors & nurses than ever before. Conservatives have restored the emphasis on standards in our schools - pupils & teachers in local secondary schools have worked hard to improve results.

"Ealing North has a wonderfully diverse community. Labour's open door immigration policy put a strain on that diversity and on local services. Conservative policies have helped to reduce the strain and move immigration towards more sustainable levels.

"Our relationship with the rest of Europe has left Brussels with too much power. Only the Conservatives would renegotiate that relationship and give people a say in a referendum on Europe.

"Ealing North has wonderful local communities. I shall be holding a series of public meetings and knocking on doors across the constituency over the coming weeks and months. I am looking forward to hearing the views of local people during that time."