The time is here 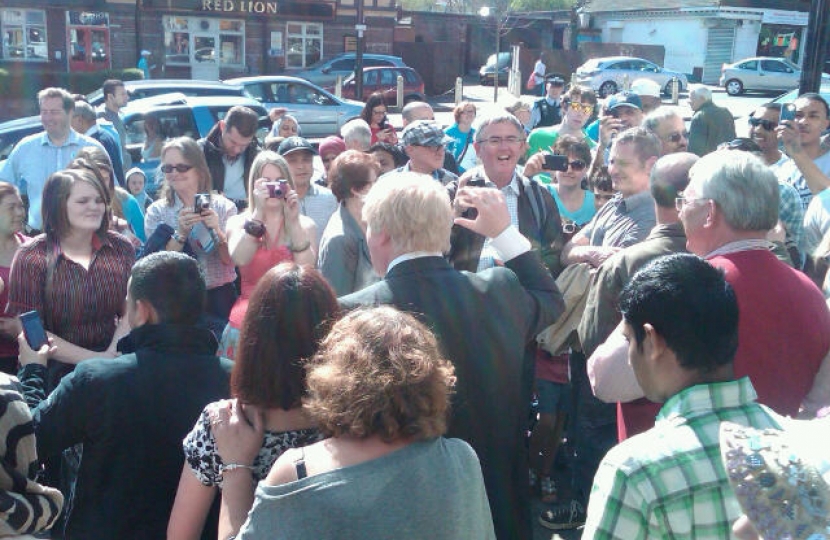 Thank God it's May the 3rd. It's time now to decide who you want to be your Mayor of London for the next four years. The choice is very clear.

It's either Boris or Ken. The biggest story of the campaign has been the hypocricy of Ken as he went to a considerable amount of trouble to reduce what he pays in Taxes, while at the same time calling for people who do that to be barred from voting in Elections.

He still hasn't produced his full set of accounts whereas Boris has revealed all. Boris pays his taxes, Ken doesn't pay his fair share.

Then you have to consider the promises made. Were they honest or not. Boris has not made any wild promises that he can't deliver. His plans are affordable and sustainable.

On the other Hand, Ken has made some pretty wild promises that did not stand the test of scrutiny, especially his promise of a fare cut. Channel 4 soon took that apart.

So it is a chocie between the truth and Kens Lies. Finally, we need a Mayor who will unite Londoners and that most certainly is not Ken.

His constant sniping at Jews in the hope that this will please Muslims shows he is willing to play one community off another. It is the most cynical side of Ken which he is famous for. If there were more Jews in London than Muslims, Ken would be having a go at the Muslim Community. It's simply a numbers game for Ken.

The choice is clear. It has to be Boris