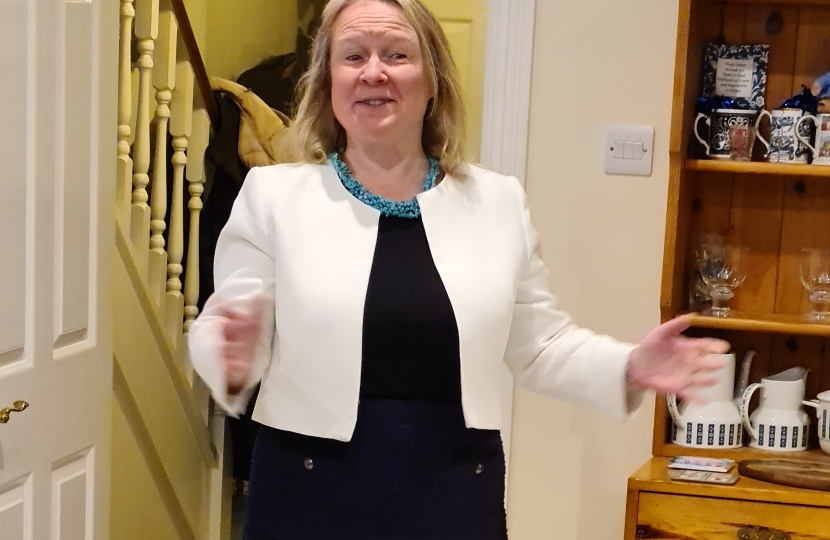 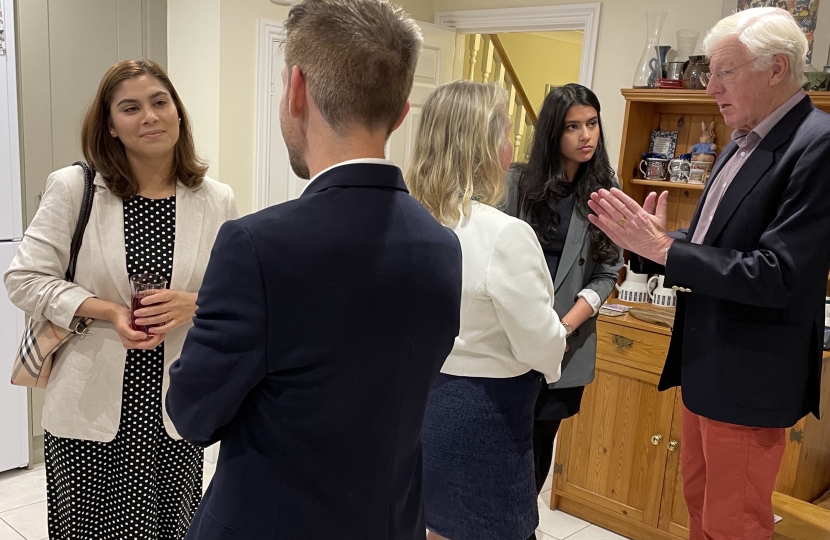 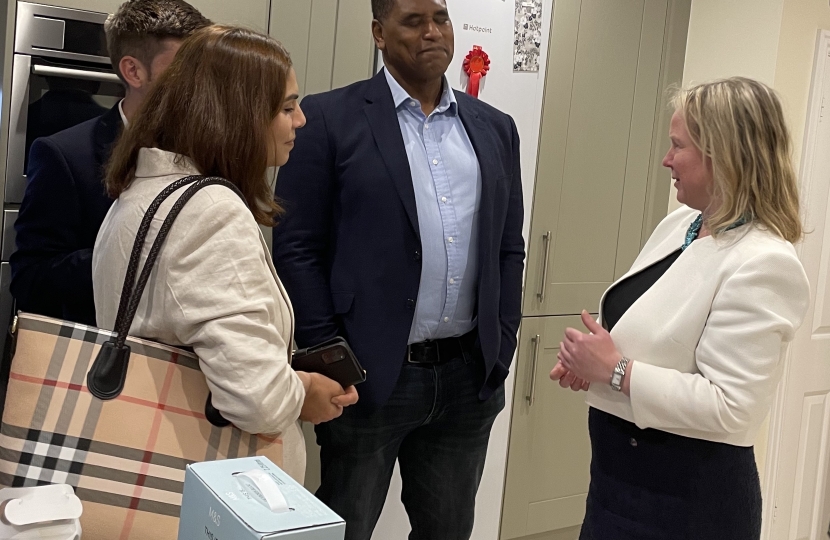 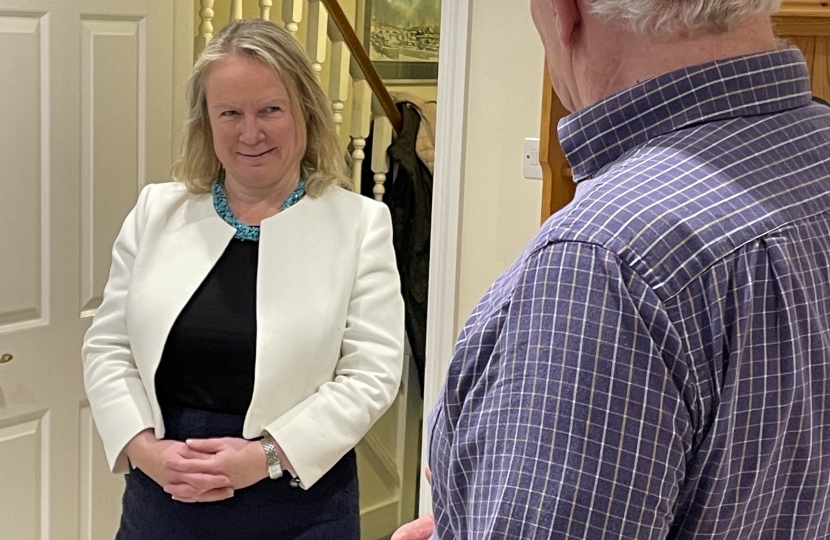 We welcomed Felicity Buchan, who won Kensington back for the Tories in December 2019 with a narrow majority of 150, to the Pitshanger ward (formerly Cleveland) fundraiser on 21 October.  Felicity came to thank the members of Ealing g North who had contributed to her General Election victory by canvassing for her in person and by phone.

She gave us an entertaining and very informative talk about her early days as an MP, the pitfalls surrounding a new member such as going into the wrong lobby for a vote,  as well as current government policies, particularly in view of the approaching COP 26 summit, as she is now a PPS to Kwasi Kwarteng.  The problems arising from some of the net zero policies were discussed and Felicity admitted that, living in a terraced house as she does, a heat pump might not be practical.  It was also pointed out to here that high rise buildings did nothing to assuage the need for family suitable social housing  with 3 bedroom homes and the recent permission granted for the development at 1 Pitshanger Lane was quoted as an example where less that a third of the proposed 60 homes were classed as “affordable”  and these started from a high valuation point.

Our thanks to Felicity and to Debbie and Peter Edwards for their very generous hospitality and to Liz Paice for organising the evening.

Transport Secretary Grant Shapps on building a railway fit for the future.